LoudSense is an Android app which I helped develop as part of my Computer Science Masters. For the module practical android programming we were tasked to come up with and develop an app in some area of health and healthcare. After brainstorming a number of ideas we settled on the idea of trying to help concert goers determine whether a concert would be potentially damaging to their ears.

To do this we used a smartphone microphone to sample how loud a concert is. A user can choose which venue they are in and the specific location inside that venue. At this point we tell the user if the volume level is dangerous and compare it to activities with similar volume levels.

Once a sample is taken the user can push their recordings to our database. All previous recordings by all users can be viewed and users can see which bands or venues tend to be too loud. As such, the app can help users select a suitable seating or standing position to protect their hearing.

The app was initially designed on a whiteboard by the group. 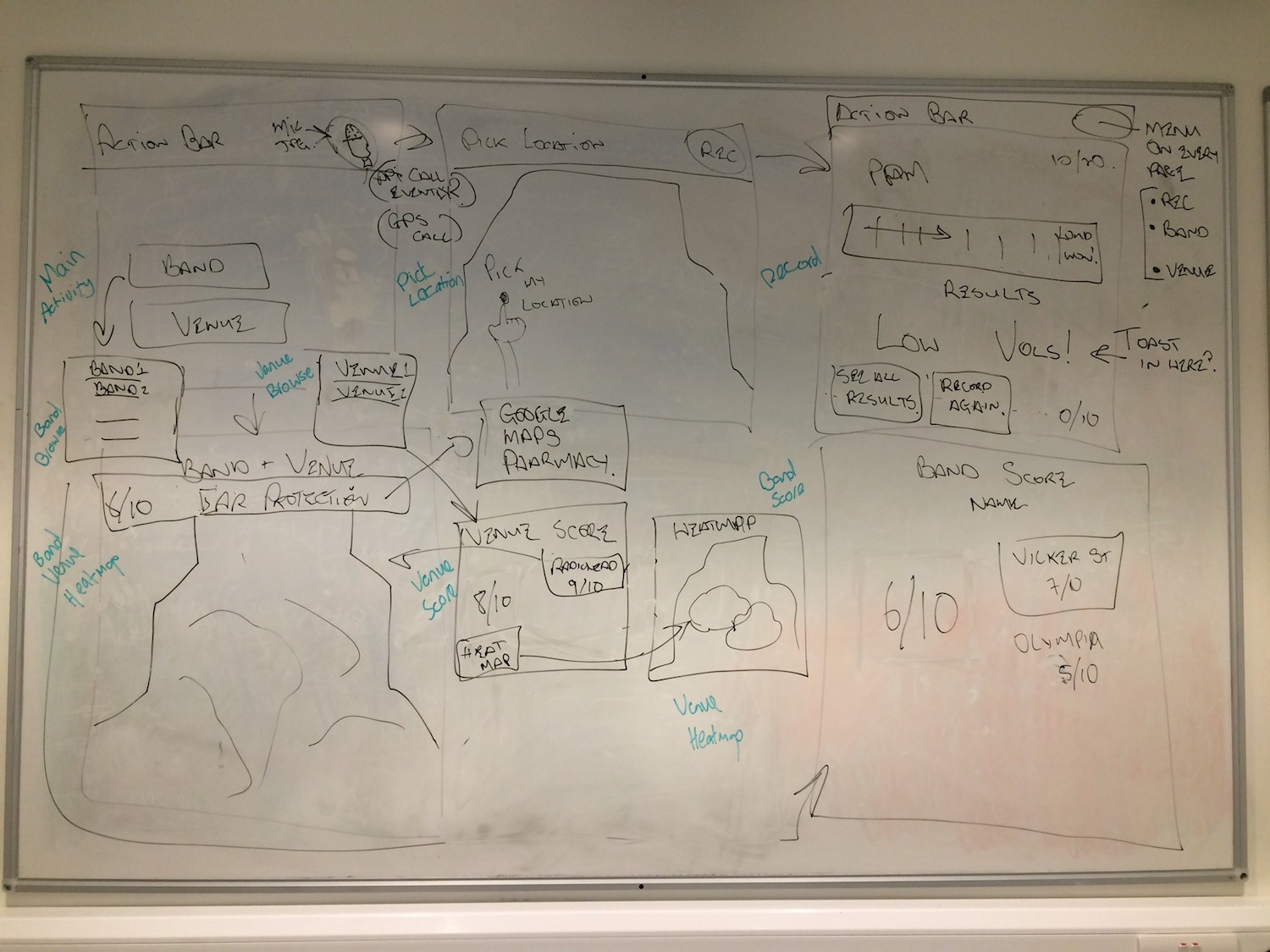 A series of more detailed wireframes were then made using Figma.

I was primarily tasked with implementing the interior venue location selection and heat map features of the app.

The heat map was implemented using AndroidHeatMap. The layout of the venue was set under the heat map using relative views. Data from a concert is then downloaded from our API and displayed to the user. 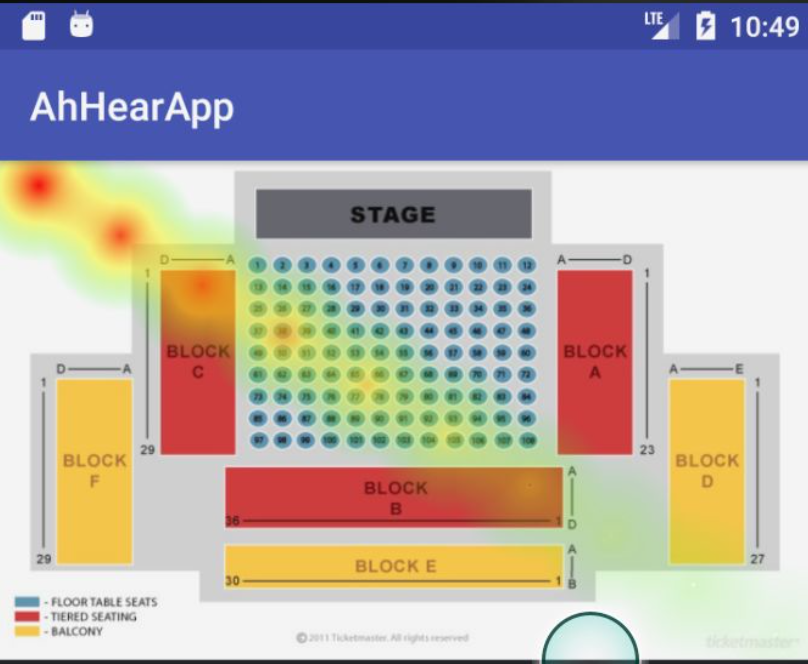 To limit the user to selecting locations inside the venue I created PNG images with an alpha channel. Any item which could not be selected is transparent.

I also designed this splash screen and the app icon using Photoshop. 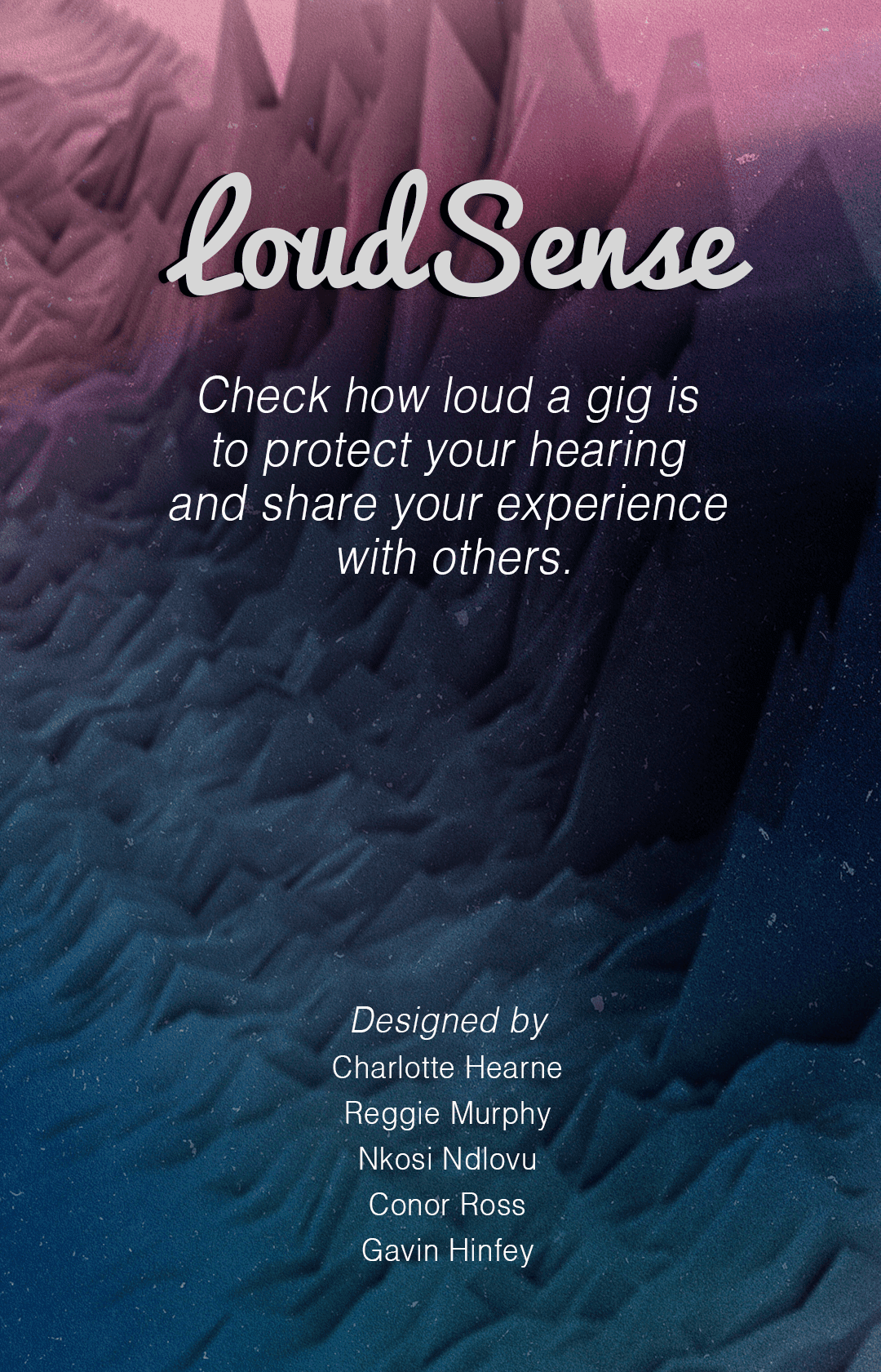 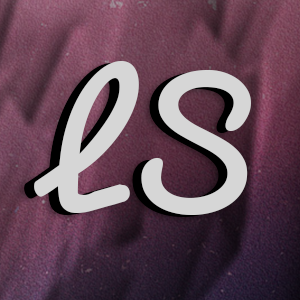 We were happy with the result since it met the criteria of the project brief and worked as we had planned. Below is a gif of the app in use.

Created a talking plant pot as part of a ubiquitous computing module.